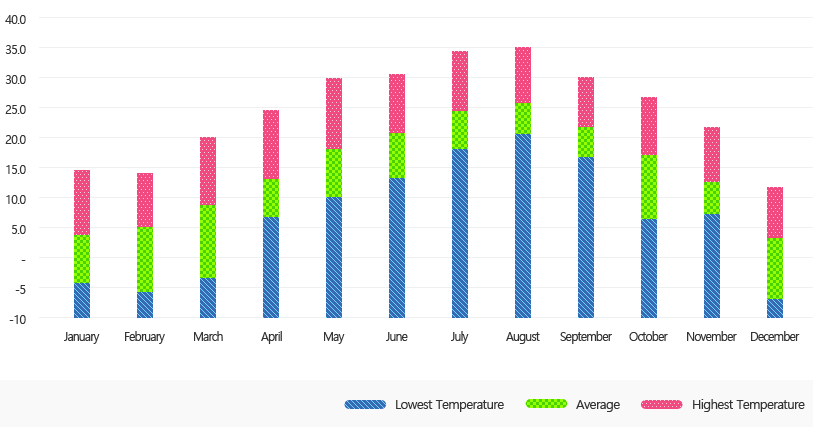 Tongyeong is one of the three rainiest areas in the country. The city is also much affected by the seasonal rain front and typhoons. In the rainy season, its rainfalls come in localized torrential downpours.

In the country, Tongyeong is the city most frequently damaged by typhoons. Of all the recorded typhoon disasters, the damage wreaked by Typhoon Sara on Sept. 16, 1959 has been the worst. The typhoon, which was the 14th of that year, hit the country in the morning of the Korean Lunar Festival. The storm and the tidal waves that came with it devastated properties estimated at 129 billion Korean Won. It hurt 255,000 victims, killed 750 people and wounded 2,200. It also damaged 121,000 buildings and swept 6,600 ships, 3,300 of which were totally destroyed.

Unfortunately, Tongyeong suffered most of the damages. As a consequence, the people of Tongyeong keep this unfortunate event in their minds and always stand prepared against any typhoons.